WE ACHIEVED BIRTH OF 2 BABIES AFTER ROSI TECHNIQUE 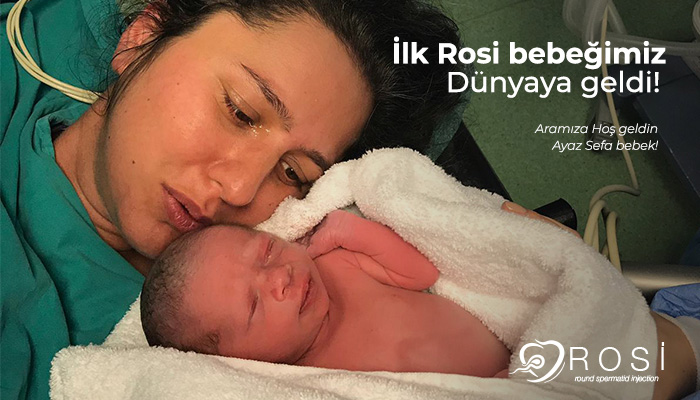 After successful results reported first by Tanaka et al., in 2015, the ROSI technique has become a great hope for azoospermic men who have not benefited from other treatments. Following this, we started to use the ROSI in men with nonobstructive azoospermia. Using the round spermatids obtained from men who had been diagnosed as not having spermatozoa or elongated spermatids during previous microTESE interventions, we achieved 2 healthy births after ROSI technique. As of today, both children born after ROSI in the Centrum Clinic are physically and genetically normal. Our results are from the couples we have followed in the last 10 months when we started ROSI. We are also looking forward to the birth of approximately 50 pregnancies currently being followed. Many thanks to gynecologist Prof. Dr. Recai Papuçcu and embryologist Semra Sertyel for their great effort.

ROSI may be a last resort for azoospermic men who have not previously had mature spermatozoa in their testes with TESE. According to the results reported so far, ROSI is a safe and effective method for the azoospermic men who wish to have baby by using their own genetic material. As reported by Tanaka et al., no significant differences between ROSI and naturally conceived babies have been seen in either physical or cognitive development during the first 2 years after birth. However, to increase the effectiveness and reliability of ROSI further studies are needed. In terms of both scientific and clinical aspects, our studies on this subject are still continuing.