SPERMS INCAPABLE OF BREAKING THEIR CHAINS: A plausible reason for unsuccessful TESE 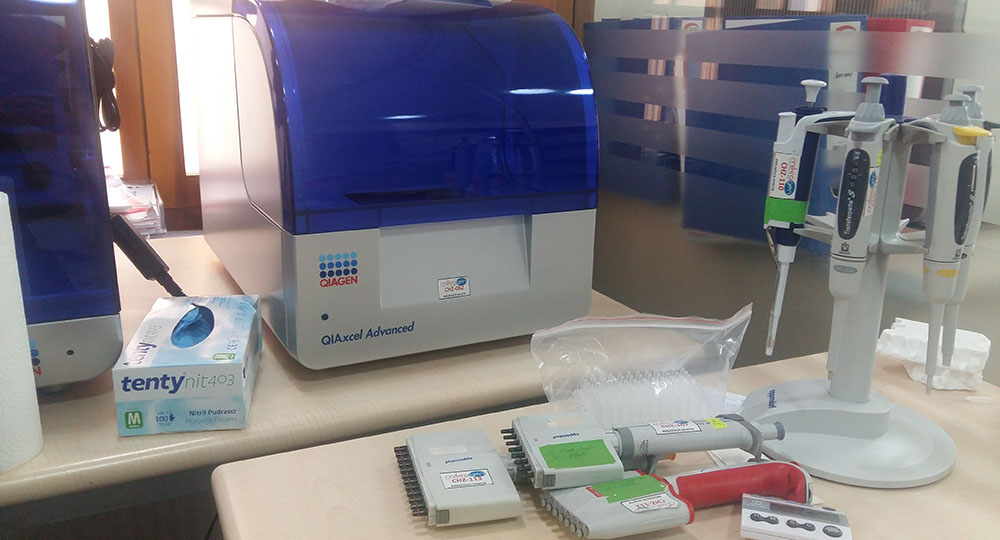 The most dramatic insult of a sperm analysis is, of course, azoospermia. This means absence of neither alive nor dead sperm in the ejaculate. However, more drastic type of azoospermia is nonobstructive form which is caused from impaired spermatogenesis in the testicles. Luckily, in approximately half of the cases mature sperm cells can be obtained by microTESE procedure.

Until now several factors have been proposed to explain the possible causes of failure in sperm production. In this context, we found that impaired regulation of tight junction dynamics in the testicular tubules may prevent maturation and luminal release of sperm cells which finally results in azoospermia. During the maturation, sperm cells are embedded in the Sertoli cells and release of them is achieved by breaking of intercellular connections with the enzymes called as proteinases. Such degrading enzymes are grouped in the metalloproteinase family.

Based on the gene expression levels and Western blotting assay our data showed that Sertoli cells of nonobstructive azoospermia patients have significantly lower expression of aforementioned enzymes which might be one of the obscure pathological mechanisms in those men. Thus, decreased expression of these genes in ejaculate may be a good biomarker to predict sperm retrieval chance in azoospermia before undergoing mikroTESE intervention.